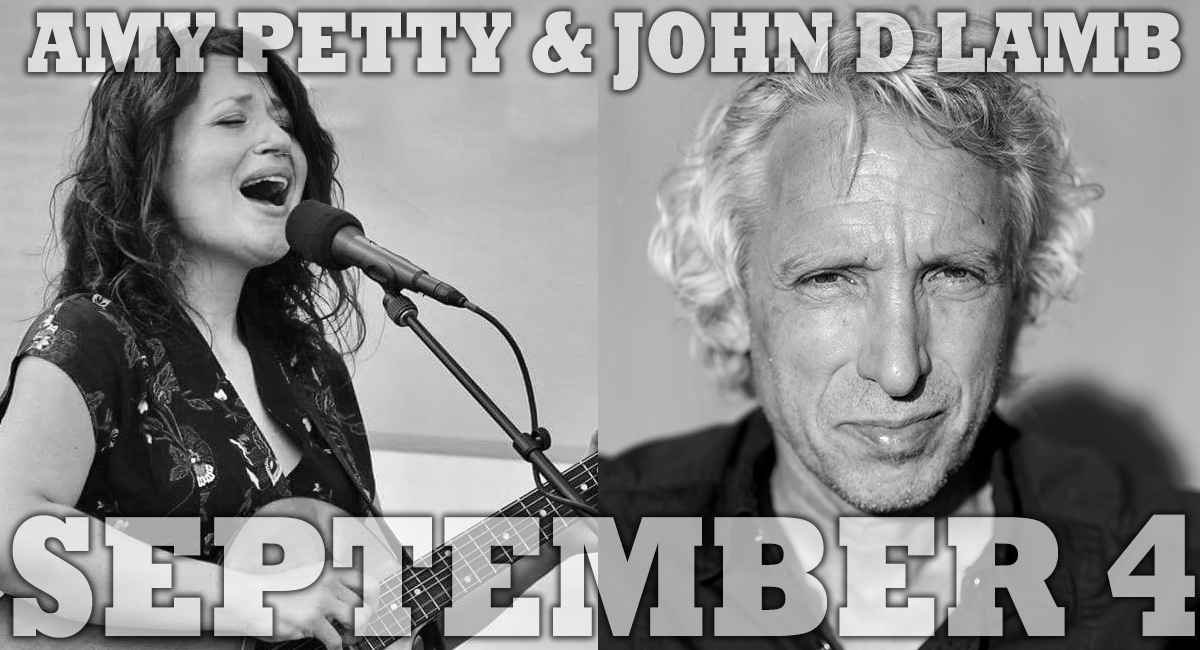 Amy Petty is an opera singer turned singer/songwriter originally from the Detroit area. She has performed all over the country, from house concerts in Seattle, WA to Carnegie Hall in New York City, sharing the stage with artists like Sarah McLachlan, Jewel, Steve Van Zandt, Loreena McKennit and Suzanne Vega. She is currently working on her third full length album with an expected release later this year. After spending 13 years in New England, Amy now calls mid-Michigan home.

In his literary life he’s known by songwriters, poets and prose writers nationwide for being the director of multiple Michigan-based writers’ retreats, including the Detroit Michigan Writers’ Retreat, the Lost Lake Writers’ Retreat in northern Michigan, and his popular Lamb’s Retreat for Songwriters, now in its 24th year. And then there’s the life he leads as an award-winning singer, songwriter and recording artist who’s been performing for Michigan audiences for decades.

Lamb’s newest recording project, “A Movie Night,” is the perfect intersection of those two realms. The album features 15 original songs, many of which sprang from the very writing retreats he’s known for directing.