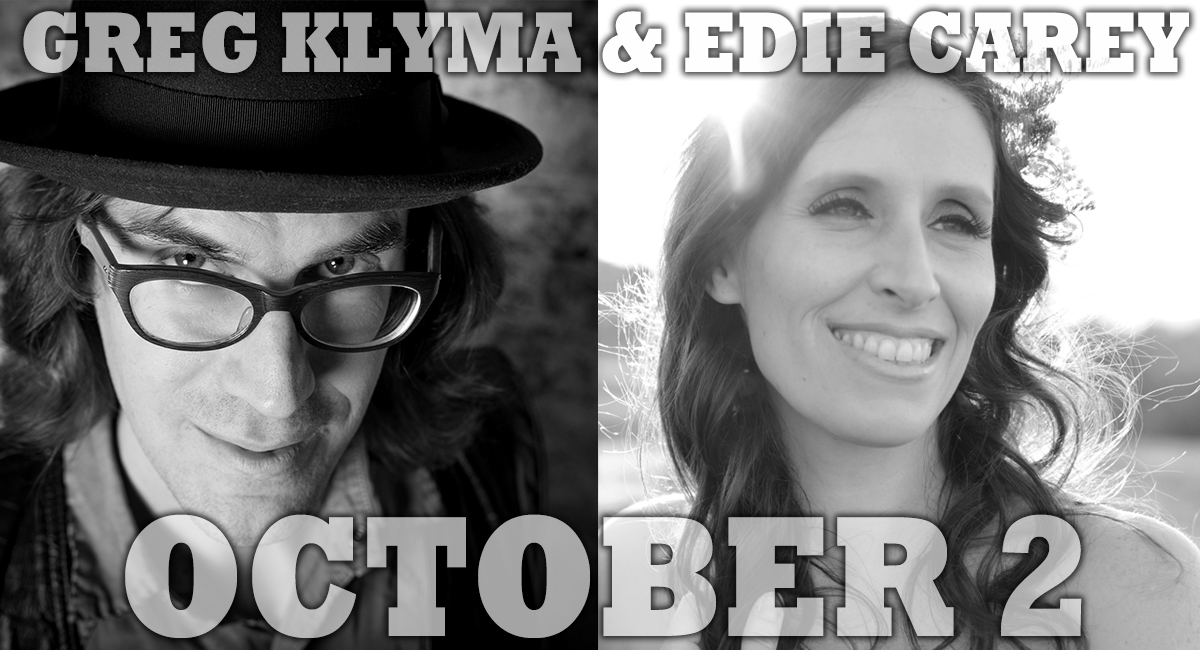 100% of proceeds go to the performers.

Some artists find inspiration in romantic break-ups, others find it in rediscovering their roots. For Boston-based singer-songwriter Greg Klyma, it came from both.

Road-tested troubadour. Relentless songwriter. Greg Klyma is keeping the American folk tradition alive with his enduring themes, articulate and amusing stories, and populist ideals. He rolls in off the road, pulls out a guitar, and proceeds to take us back to the basics: family, love, gratitude, and laughter.

Carey has been singing at festivals, colleges, and listening rooms across the US, Canada and Europe since 1999, performing alongside Sara Bareilles, Brandi Carlile, Emmylou Harris, Lyle Lovett, and Shawn Mullins. She’s also been a featured artist on PRI’s Mountain Stage. She’s appeared at the country’s most prestigious folk festivals including Telluride Bluegrass, Rocky Mountain Folks, Newport Folk, 30A Songwriters, and Cayamo. She released her 9th album, “Paper Rings: 8 love stories,” in February 2016. Her prior release, a duo lullabies project with Sarah Sample, garnered several children’s music awards, including Best Children’s Album in the 2015 Independent Music Awards.
WEBSITE: http://www.ediecarey.com