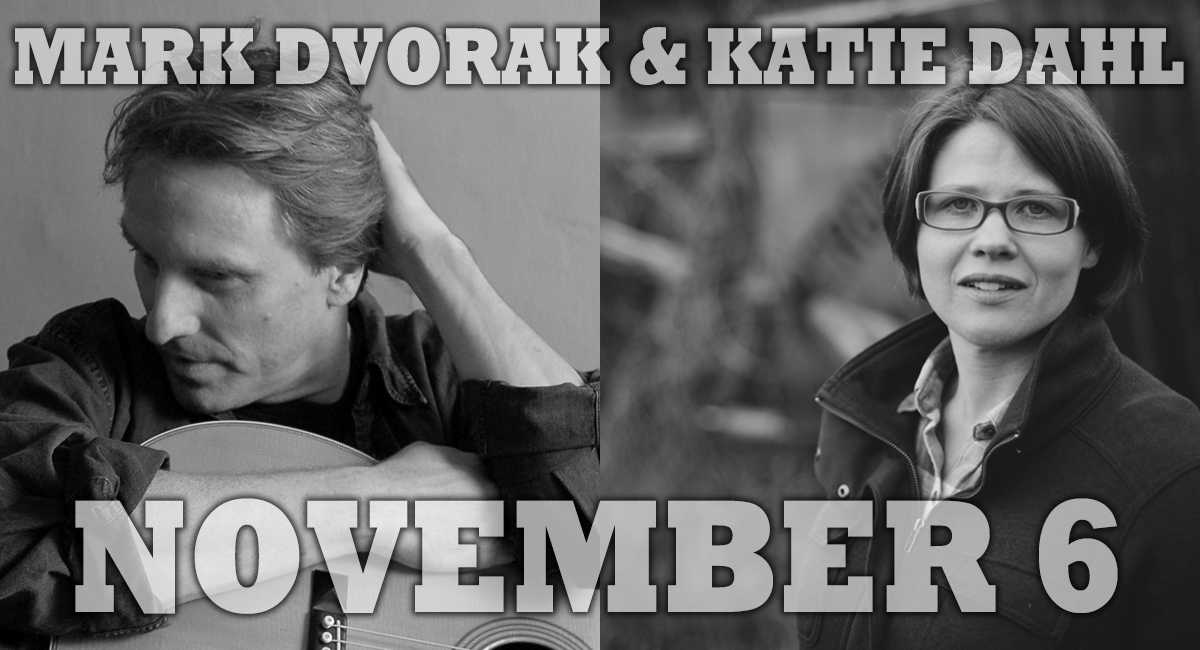 The Chicago Tribune has called Mark Dvorak “masterful,” and his songwriting has been called “wondrous” and “profound.” In 2012, WFMT 98.7 fm Fine Arts Radio named him “Chicago’s official troubadour.”

Mark Dvorak has given concerts in almost all of the United States and has made visits to Finland, Canada and Ireland. To date he has released seventeen albums including Waterbug’s acclaimed Time Ain’t Got Nothin’ On Me and his 2019 independent release Let Love Go On.

Dvorak has won awards for children’s music, journalism, and was honored in 2013 with the FARM Lantern Bearer Award from Folk Alliance International. In 2008 he received the Woodstock Folk Festival Lifetime Achievement Award.

Known for writing evocative, intelligent songs with a strong sense of place, Katie Dahl is a nationally touring playwright and songwriter whose work Dar Williams has called “the very best kind of songwriting.” Though she’s particularly well-respected on her home turf of Door County, Wisconsin, Katie has earned accolades nationwide for the depth and power of her alto voice, the literate candor of her songs, and the easy humor of her live performances. In 2015, Katie’s song “Crowns” hit #1 on the folk radio charts. Her latest album, “Wildwood,” was produced by JT Nero (Birds of Chicago).

Chicago songwriter Heather Styka is not afraid to go where others fear to tread. Beneath “sweet, soulful vocals” (Portland Press Herald) and “nimble fingerpicked guitar” (Dispatch Magazine) lie narratives of vulnerability, strength, and wanderlust. A two-time Kerrville New Folk Finalist (2015, 2017) and award-winning writer with a #3 album on the FOLK-DJ charts, this young troubadour has performed for over a decade, released four full-length albums, and toured from coast to coast.